“Fear peninsula”: How Russia closed down media freedom in Crimea 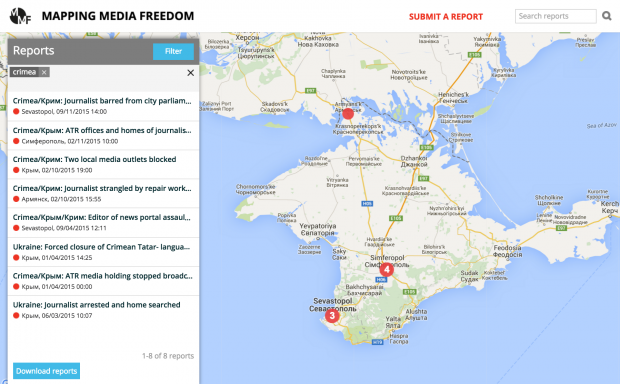 Russia’s takeover of Crimea has been accompanied by an ongoing process that is shrinking the space for media and freedom of speech on the peninsula. As the clampdown progressed, a majority of the independent journalists either left the disputed territory or stopped openly criticising Russian policy. At the same time, the number of alternative sources of information declined significantly.

Russian and Crimean authorities have used red tape, paramilitary violence and threats to silence independent voices and media. They have stifled freedom of information and jeopardised journalist safety. 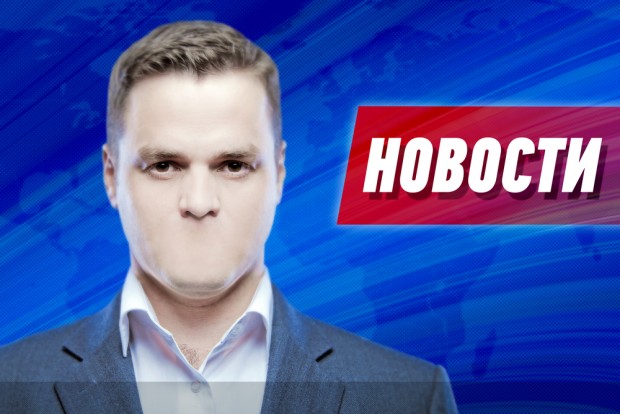 As Russia took over, television stations opposed to the annexation were one of the first targets. In March 2014, Chornomorska, the largest local TV and radio company, and all Ukrainian stations had their analogue broadcasts terminated. This was followed two months later, in June 2014, by the dropping of Ukrainian cable TV channels in some cable networks.

Soon after the annexation, Russia began implementing its overly broad and vague 2002 law, On Countering Extremist Activity, which led to a surge in warnings against the media. In summer 2014, Shevket Kaybullaev, the editor-in-chief of the Crimean Tatar newspaper Avdet , was summoned to the office of public prosecution in Simferopol. Kaybullaev was interrogated because of a complaint against the paper that challenged coverage of the mood of the Tatar community in the run-up to local elections. The complainant accused the paper of “radicalism and extremism”.

Verbal accusations against journalists have also become day-to-day practice. The Russian Federal Security Service (FSB) and prosecutor’s offices demanded the removal of “extremist materials” from media outlets. Crimean Tatar TV channel ATR received two warnings about the “violation of legislation aimed at countering extremist activity”. The station management was reminded that the formation of an anti-Russian public opinion could be considered a violation of the extremist law.

Criminal penalties for “incitement to separatism”

On 9 May 2014, amendments were made to Russia’s Criminal Code. A new article, 280.1, states that “public calls for action aimed at violating the territorial integrity of the Russian Federation” is punishable by up to five years imprisonment. The words “annexation” and “occupation” are de facto banned in Crimea when referring to recent events.

The amended code has been used to target Crimean journalists. In March 2015, two journalists, the Center for Investigative Journalism’s Anna Andrievska and Natalia Kokorina, had their apartments searched. Kokorina was interrogated for six hours. The FSB opened the criminal case against Andrievska on charges of “incitement to separatism” based on her reporting on individuals providing support for the Crimea volunteer battalion fighting in Donbas, in eastern Ukraine.

Searches and seizure of property

Russian authorities are using searches and property seizure as a way to intimidate and pressurise media companies. In August 2014, the work of Chornomorska TV and Radio Company and the Center for Investigative Journalism were blocked after the seizure of their broadcasting equipment. The broadcaster wasn’t able to retrieve its equipment until five months later.

In September 2014, a search was conducted at the office of the Mejlis of the Crimean Tatar People, a representative body for the ethnic group. Because it shares the building with the Mejlis, the offices of the Avdet newspaper were also raided. Following the probe, the paper was ordered to vacate its offices within 24 hours.

In January 2015, a search was carried out at the ATR TV channel, which disrupted the station’s broadcasts and prevented newsroom staffers from reporting.

Paramilitary groups have also been used to target journalists. So-called Crimean self-defense groups have been found to have illegally detained, assaulted and tortured journalists, as well as confiscations of and damage to property. From 15 to 19 May, 2014, ten cases of journalists’ rights violations were recorded and documented by the Crimea Field Mission on Human Rights. The situation has been worsened by the fact that to date not all the documented attacks on journalists by self-defense group members have been investigated by Crimean authorities. This has created an atmosphere of fear and impunity.

After the Russian annexation, Crimean authorities demanded that all active media outlets re-register according to Russian legislation. As a result, mass media that was considered disloyal — including News Agency QHA and TV Channel ATR, among others — did not receive legal permission to continue their work on the peninsula. In February 2015, all Crimean independent radio companies were silenced after losing their frequencies during a bidding process that was carried out opaquely. Beginning on 1 April 2015, the Federal Service for Supervision of Communications, Information Technologies and Mass Communications (Roskomnadzor) stopped recognising Crimean media outlets with Ukrainian registrations, making their work in the annexed territory illegal.

New rules for accreditation in Crimea make it possible to selectively restrict media access to the authorities. The State Council of the Republic of Crimea issued new regulations that make “biased coverage” one of the reasons journalists could lose accreditation. Kerch City Council, for instance, prohibits journalists without accreditation from even entering the city hall.

In October 2015, media freedom in Crimea came under renewed pressure when websites were blocked. Roskomnadzor carried out a request by the general prosecutor to restrict access to the Center for Investigative Journalism and Events Crimea websites in Crimea and Russia. Roskomnadzor said that the information on the sites “contains calls for riots, realisation of extremist activity and/or participation in mass (public) events held in violation of the established order”.

These internet media outlets became the first Crimean mass media whose content are officially blocked on the territory of Crimean peninsula.