In the “safe” world of Swedish journalism, death threats are an everyday reality 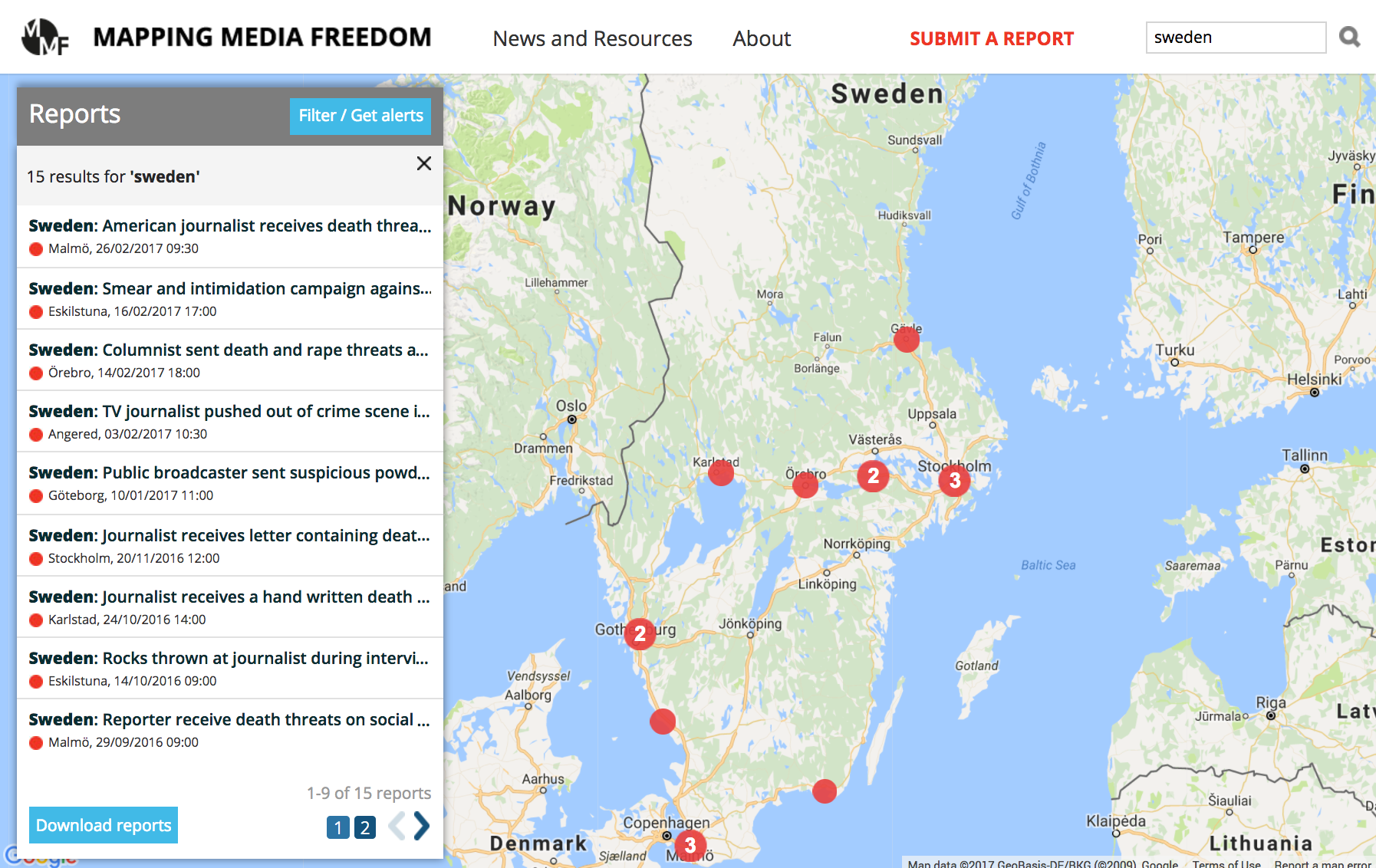 With a well-developed public service TV and Radio sector, press subsidies and political stability, being a journalist in Sweden is a touch easier than many other places around the world. Sweden is also relatively good at protecting journalists, and though they have had their disagreements, the state and political parties are broadly supportive of open, well-funded journalism. As a foreign correspondent, it is also a refreshingly easy country to work in, with people usually willing and ready to talk to the press.

A spectre that has haunted Swedish journalism for decades is anti-democratic extremism, a phenomenon given new impetus by the rise of mainstream nationalist politics in recent years. Journalists have been labelled as “cultural Marxists” and members of the so-called pk-elit, shorthand for the politically correct elite, by members of old white power organisations and the newer alt-right movements alike.

Much of the far-right view Sweden’s generally liberal newspapers and its public broadcasters as part of a shadowy agenda that is failing to report on the real issues, covering up crimes by immigrants and mounting a propaganda campaign against nationalist movements. As well as specific journalists, hatred of the media, in general, is widespread. The result is an ongoing campaign of intimidation and death threats.

Local journalists at Nerikes Allehanda, the local newspaper for the town of Örebro in central Sweden, were recently issued with death threats after reporting on Peter Springare, a local policeman who had posted on social media about immigrants causing crime in the city on 3 February. Springare was hailed as a brave whistleblower, but reporters and the newspaper’s leader writer received a wide range of abuse for discussing both the correctness and ethics of his statements. Shortly before Christmas, journalist Robert Laul received death threats after criticising controversial right-wing journalist Niklas Svensson’s reporting of undocumented migrants.

Similarly, white powder – which turned out to be harmless – was sent to Janne Josefsson, a Swedish investigative journalist based at public broadcaster SVT in Gothenburg last month. Authorities had to evacuate the entire studio building, severely disrupting the work of SVT’s news teams. The package also contained an anonymous death threat. Josefsson and his colleagues at the Uppdrag Granskning investigative show are known for reporting on all aspects of Swedish society, from the far right to organised crime, and are no strangers to intimidation.

The Swedish journalists’ union has documented how attacks on journalists are on the rise. This is troubling for a country that has long cast itself as a refuge for persecuted media workers from Russia, East Africa and elsewhere. In spring 2016 a survey of members of Swedish Radio’s journalistic corps and reporters at the association of newspaper publishers TU found that one in three had been subject to some kind of threat in the previous year.

Although a great number of those threats came from the populist right and more established neo-Nazis, journalists in Sweden have also been harassed by both criminal gangs and radical Islamist groups in recent months. In the town of Gävle north of Stockholm for example, Anna Gullberg from local paper Gefle Dagblad received a death threat in response to the paper’s investigation of a radical mosque, with the perpetrator finally sentenced last week.

These threats are more serious than the torrent of abuse and the attempts to undermine journalistic integrity on Twitter felt by reporters around the world. In Sweden, it is not difficult to find out where people live or locate their social media profiles. As a result, many journalists have been forced to either apply for the removal of their personal details from public databases or move home. A Swedish tradition that places journalists prominently at the heart of an open society with relative respect for difference of opinion is under serious threat.

Lisa Bjurwald, a media commentator, author and part owner of industry news site Medievärlden has warned that “journalists avoid writing about racist political parties and neo-Nazi groups for example because they can’t deal with the storm and volume of hate mail” in a recent newspaper interview.

The underlying questions though are how many of these alleged threats carry any risk, and does it really matter if they do? Journalists in Sweden increasingly feel as if their safety is routinely threatened as part of their work, however genuine the threat may be.

In the sea of online abuse there may only be a handful of real, tangible threats, but knowing what is casual intimidation or egotistical posturing and what is a genuine risk to the safety of journalists and their families is almost impossible. In 2015 Niklas Orrenius, one of Sweden’s leading reporters and the star journalist at newspaper Dagens Nyheter, temporarily left the country with his family after a series of threats connected to his coverage of an anonymous far-right blogger. A well-known racist activist had photographed himself outside the front door to Orrenius’ apartment and uploaded the picture to the web with a promise to come back.

With threats like this, most journalists are understandably unwilling to call the bluff of Sweden’s armchair warriors.